Bitcoin and most major altcoins are struggling to find bullish momentum, a possible signal that prices could continue to erode.

Bitcoin (BTC) and most major altcoins continue to be pinned below their respective overhead resistances, indicating that bears are selling on rallies.
According to Ki Young Ju, CEO of on-chain analytics firm CryptoQuant, “whales are depositing Bitcoin to exchanges.” Curiously, the outflows from the exchanges have also continued and due to this, the reserves are still hovering close to their lowest levels since mid-2018.
In a somewhat contradictory report, Glassnode said that long-term holders may be “reducing their spending, and thus are more likely to be adding to positions, not exiting them.” 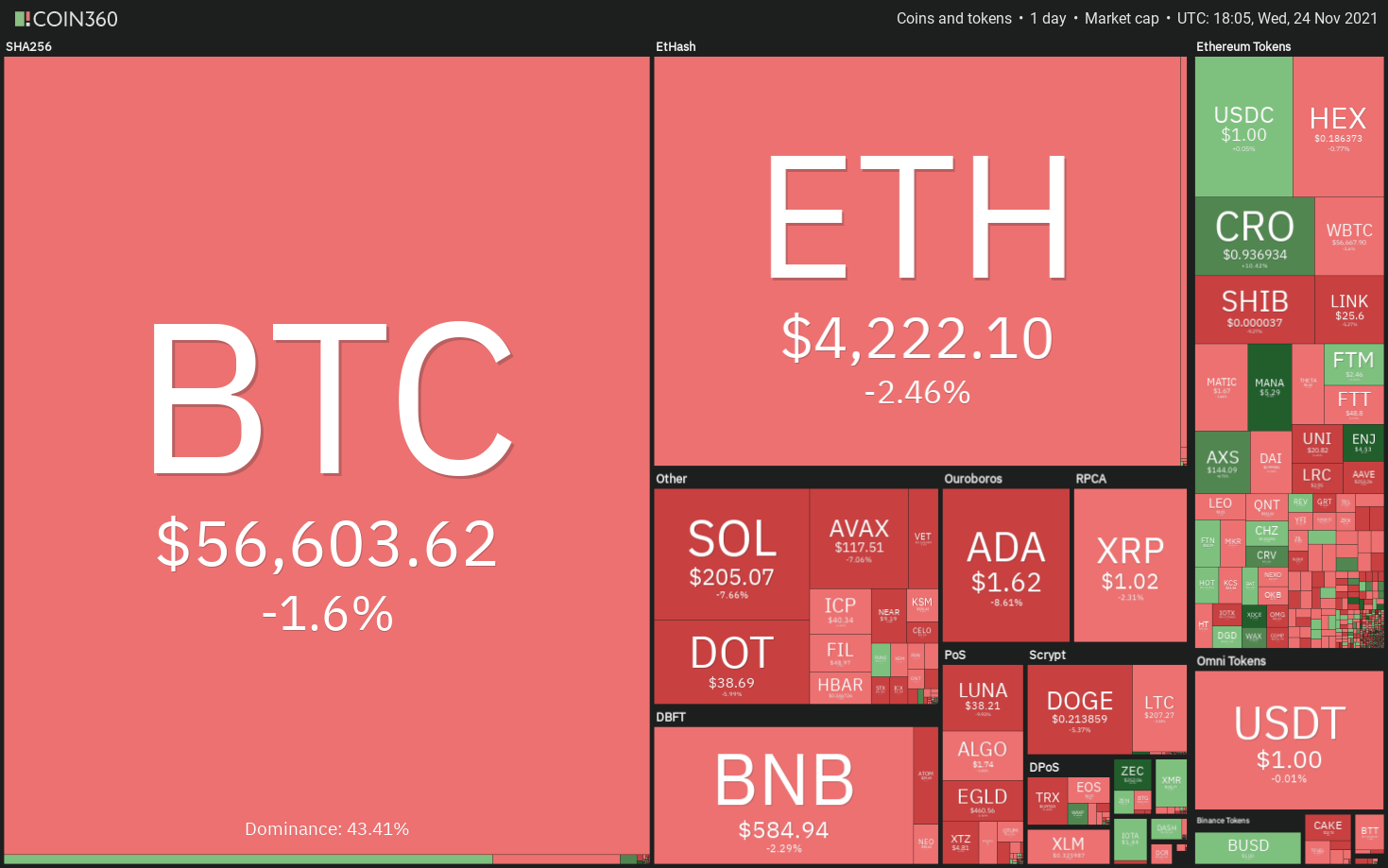 While Bitcoin has been in a corrective phase in dollar terms, it has proven to be a savior of purchasing power for Turkish investors. While the lira continues to lose value in 2021, Bitcoin in lira terms has regularly been hitting new all-time highs and it crossed 700,000 lira on Nov. 23.
Let’s study the charts of the top 10 cryptocurrencies to find out whether it is time for a rebound or could the correction deepen further?

The moving averages have completed a bearish crossover and the relative strength index (RSI) continues to languish in the negative territory, signaling that bears have the upper hand.
If the price slips below $55,317, the selling may intensify and the BTC/USDT pair could drop to the $52,500 to $50,000 support zone. The bulls are likely to defend this zone aggressively but the subsequent rebound may face selling at the 20-day exponential moving average (EMA) ($60,084).
This negative view will invalidate if the price turns up from the current level and breaks above the downtrend line. The pair could then attempt to resume the uptrend.